Universal Enlightenment Forum
Together We Flourish Through Loving, Learning, and Playing

Seeing Order in the Universe: A Common Thread Across All Religions

This is the second in a series of blogs on commonalities across religions. In the introductory article for this series, we refer to these commonalities as “common threads” because they are woven throughout human history and reflect the fact that we are all made of the same fabric. However, there is great diversity and beauty in the many different colors of dye observed across cultures and belief systems.

In our previous blog, we explored the common thread of belief in a higher power, a belief that is closely tied to our inclination to make meaning through seeking order out of chaos.

The ability to see order in the world is and always has been vital to our biological survival. Our ancestors’ abilities to study and interpret the stars in the night sky, for instance, enabled them to develop better navigational skills and to better understand the passage of time and predict time-dependent phenomena like the changing of the seasons.

In addition to this survivalist need, we have an existentialist need to establish order where there is none. Our minds simply find meaninglessness and chaos unpalatable.

This compulsion for order has catalyzed the creation of society, nations, corporations — institutions created in order to fill the void of chaos and meaninglessness that we would otherwise be prone to experience. We see this in rhythmic poetry and music. We see it in the way we look for railway timetables or in the regularity of our daily newspaper. Something as small as packing a child’s bag every morning gives us order in our day.

But there is also an extraordinary order in the universe that exists independent of us — the tides, the stars or, the ways in which our cells divide and multiply, and the precision with which the sun rises every morning and sets every evening are just a few examples of this.

There is order in the web of diverse lifeforms that have existed for far longer than we have. It was by apprehending the logical order running through the amazing biodiversity of the Galapagos Islands that Charles Darwin was able to formulate his theories of natural selection. There was order to be seen in the ways that different species of birds were uniquely adapted to their own specific environments, each having differently shaped beaks to suit their respective needs.

We tend to spontaneously feel a deep sense of mystery and awe when witnessing this quality of order that exists independently of us. This order lives well beyond humanity. Robert C. Fuller, a scholar of psychology and religion, explores this sense of awe in his book Wonder. He describes one of the mysterious features of order in the universe that is particularly striking, the prevalence of the number “Phi.”

“The most commonly cited example of how mathematics can unleash the emotion of wonder is the mystery surrounding the number Phi[…]What is so astonishing about this number is that it spontaneously appears in the most unexpected places. If we count the female bees in a beehive and divide that number by the total of male bees, we approach the number Phi. Or if we examine the ratio of successive spirals on a mollusk, we again arrive at Phi[…]Nor does it end there. Instances of Phi appear throughout the world in great works of architecture (e.g., the Great Pyramid) as well as great music compositions (e.g., Beethoven’s Fifth Symphony).”

Stunningly, the presence of Phi is a pattern that even we humans are compelled to follow in our own creations, whether we are conscious of it or not!

In our present-day scientific understanding, a handful of laws constitute a degree of order and predictability in the universe: mathematical patterns like Phi, and physical laws like gravity, for instance. But for most of human history, religion has provided the best-articulated explanation of reality, the one that tried to make sense of the chaotic totality of human experience.

In the Abrahamic religions of Judaism, Christianity, and Islam, God created the world in layers — separating the water from land and the land from the sky, with the earth suspended between heaven and hell. The well-known opening passage of the book of Genesis explains this.

This same idea of God creating the universe through ordered principles is represented across many religions. It is taken up again in the Qur’an:

“It is He who made the sun a shining radiance and the moon a light, determining phases for it so that you might know the number of years and how to calculate time. God did not create all these without a true purpose; He explains His signs to those who understand.”

Here, God is said to have established order to help us out — to help us understand and survive in our chaotic environment, as well as to understand God through that feeling of awe.

Similarly, Baha’u’llah, the prophet of the Baha’i faith, said that, “[Nature’s] manifestations are diversified by varying causes, and in this diversity there are signs for men of discernment. Nature is God’s Will and is its expression in and through the contingent world.”

Even Hinduism, Lord Krishna, an avatar of the god Vishnu, pronounces in the Bhagavad Gita that, “Under my watchful eye the laws of nature take their
course. Thus is the world set in motion; thus the animate and the inanimate are created.”

In the Chinese religions of Daoism and Confucianism, the twin forces of yin and yang permeate all of existence and constitute the order of the universe by balancing one another out. In the foundational Daoist text, the Taoteching, verses like these are used to express this:

All of the seemingly opposite dualities in the world are really two halves of the same whole — a principle known as nondualism, which is also an important concept in Hinduism.

Across time and place, we are constantly finding new ways to describe the order we see in the universe, and this diversity of beliefs and ideas across cultures and religions turns the mysteries of the universe into something beautiful and exciting, rather than terrifying. Seeing order in the universe is just one thread through which we are stitched together as one human family. All religions have addressed the questions of where this order comes from, who or what is responsible for its creation and maintenance?

We will continue to explore this interwoven nature of our existence in all our future blogs, including the next two on God and Interconnectedness.

To get a glimpse of all 50+ threads in this series, please visit us at: https://uef.org/religious-themes.

Stay tuned for our next article.

Akhil Gupta is the founder director of Universal Enlightenment Forum. He spent five years at Harvard University as a Senior fellow/Guest. He was the chairman of Blackstone India from 2005 to 2014. He is on the Advisory Board of Stanford Business School, the Leadership Council of Harvard Divinity School, and the Advisory Board of Harvard University’s Human Flourishing Initiative. Among other UEF projects, he is at work on two books: one on Human Flourishing, and another on common themes across religions.

Allen Simon provided research and editing support for this article. 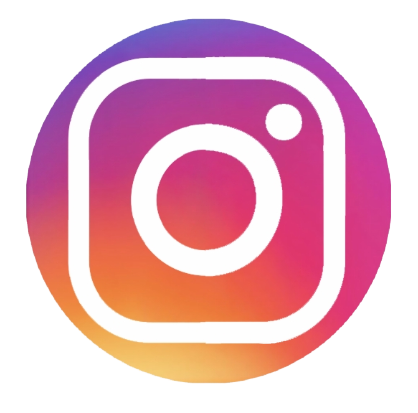